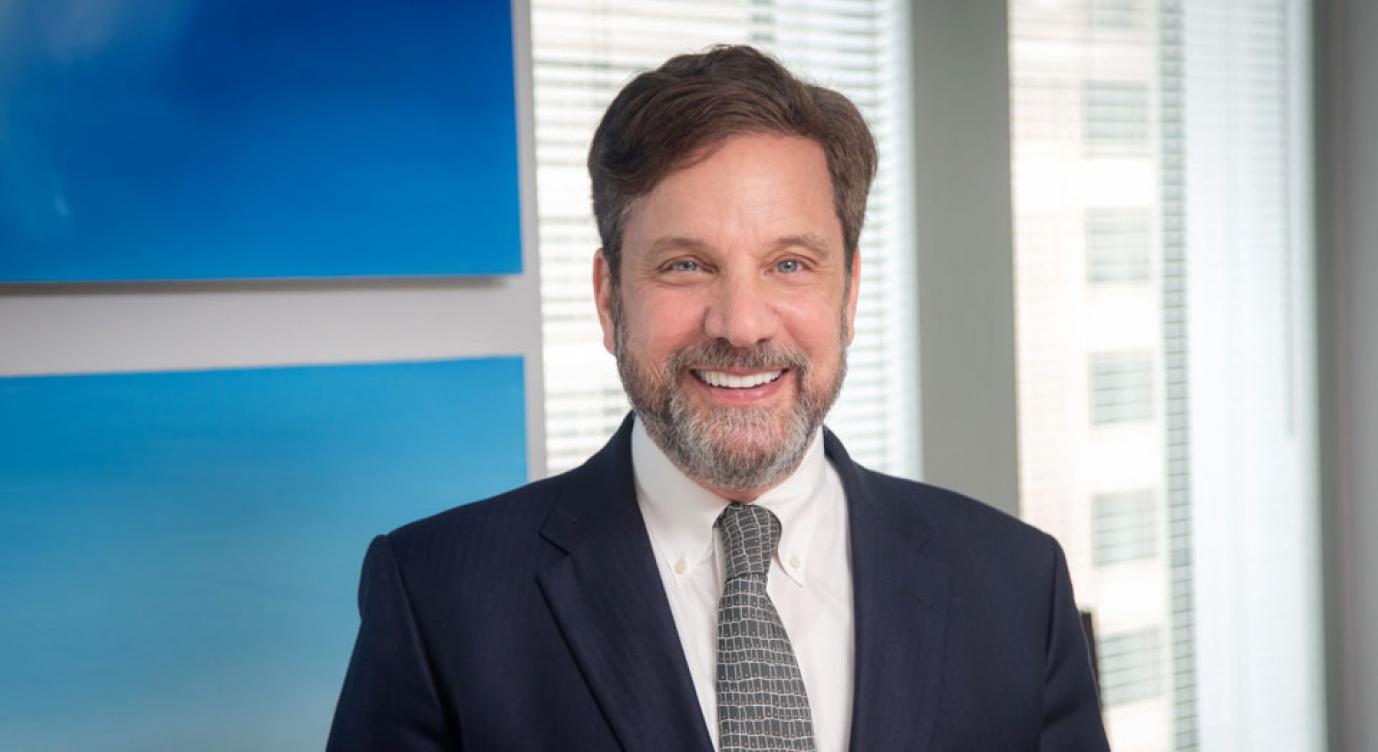 “ The overall picture at Sterne Kessler is one of excellence – much of the credit for which goes to Robert Greene Sterne, who has nourished the firm since its beginnings and instilled key attributes such as innovativeness, collaboration and big-picture thinking.” – 2021 IAM Patent 1000

Robert Greene Sterne is a director of Sterne, Kessler, Goldstein & Fox in the Electronics Practice Group and co-chairs the firm’s Patent Office Litigation Practice. At the age of 26, and just one year out of law school, he set out to create a different kind of law firm—one that recognized the contributions of all its members and put a strong emphasis on scientific and technical knowledge. Now, nearly four decades later, Sterne has helped to nurture and grow this revolutionary idea into one of the top five largest intellectual property specialty firms in the country. And in so doing, he has established his place as one of the leading patent lawyers in the United States. In fact, Rob has been recognized by the Financial Times as one of the "Top Ten Most Innovative Lawyers in North America 2015," by Law360 as one of the "Top 25 Icons of IP," and among the country’s "IP Trailblazers & Pioneers 2014" by the National Law Journal. Since 2017, The Legal 500 recognized Rob as a "Leading Lawyer" in the U.S. for reexamination and post-grant proceedings; a distinction awarded to only ten other attorneys in the entire country. He is highly respected by his peers and has received some of the most prestigious awards and rankings for professional excellence in intellectual property law.

Sterne has been involved in some of the most consequential patent cases that have paved the way for some of the most tech-savvy companies to cultivate and commercialize their innovations. And in turn, these companies, have established new markets and defined new industries. He had an important role as co-counsel in KSR International Co. v. Teleflex, Inc., one of the most significant U.S. Supreme Court patent cases in the past 50 years because it finally answered the fundamental question of when an invention is “obvious” and therefore not patentable. Sterne was successful patent reexamination counsel for i4i in Microsoft Corp. v. i4i Limited Partnership, the U.S. Supreme Court patent case that reaffirmed the presumption of validity of patents in district court suits. Rob was the lead attorney in In re Beauregard, a groundbreaking case in the early 90s brought by IBM at the Federal Circuit, which established that a computer program functionality on a disk was patentable subject matter. The case resulted in the United States Patent and Trademark Office (USPTO) issuing their software patent guidelines, which dramatically expanded the scope of patent protection for software and produced an explosion in software-related U.S. patents. During this time period, Sterne was a leading attorney in patent protection and enforcement of software-related, artificial intelligence, and expert system U.S. patents.

In 2011, U.S. Senate staff sought Rob’s counsel in the drafting of the American Invents Act (AIA)—the most significant change to the U.S. patent system since 1952 which converted the patent system from a “first to invent” to a “first to file” system and created a system for testing the validity of issued patents at the USPTO. Once the AIA was instituted in 2012, Rob and his colleagues at Sterne Kessler literally wrote the book – Patent Office Litigation – the first and most definitive treatise on these new Patent Trial & Appeal Board (PTAB) patent validity challenges published by Thomson Reuters. Based on this thought leadership, the American Bar Association in 2014 asked Sterne and others in the firm's PTAB teams to author the new chapter on PTAB in their treatise Patent Office Litigation. It is currently found Chapter 35 of Patent Litigation Strategies, 4th Edition, (2015).

Sterne serves as an IP strategic advisor to , emerging companies, and investors. He has authored some of the leading articles on of director IP responsibility and the chief intellectual property officer. And over the years, his extensive practice has grown to include handling all phases of patent practice, including USPTO litigation, Federal and Supreme Court appeals, litigation in the district courts and the United States International Trade Commission (ITC), as well as patent licensing and monetization. Sterne is one of the leading attorneys in the new PTAB proceedings; he and his firm are consistently those with the highest number of proceedings before the PTAB.

Sterne extensively speaks, writes, and provides CLE training on leading-edge areas of IP including the new PTAB contested proceedings, and has delivered hundreds of speeches about the every changing IP landscape and its implications domestically and internationally for IP law, innovation, and economics. Most recently in 2014 and 2015, he developed with other IP leaders a conference series entitled "New IP Financial Models: Innovation, Wall Street, and Patents," which included luminaries in the IP space who discussed trends for innovation, board responsibility and shareholder value that are inevitably impacted by changes in patent rights, and the financial climate in the U.S. and abroad. In the early 2000s, as co-chair of The Sedona Patent Litigation Conference, Rob played a central role in building the forum into the most advanced and highly regarded non-partisan thought leadership conference on U.S. patent litigation. He received the 2012 Sedona Conference "Lifetime Achievement Award for Contributions to Intellectual Property," and returned to Sedona by special request to lead the distinguished faculty of the conference as the 2015 co-chair. He created and chaired the highly regarded American Intellectual Property Law Association The Law of Computer-Related Technology Mid-Winter Institutes (1984, 1988, 1992, 1996). He co-chairs PLI's yearly USPTO Post-Grant Patent Trials conference, the first and leading conference devoted solely to the new PTAB proceedings and their interface to the courts.

A strong proponent of diversity and inclusion, Rob is a member of the Women’s Bar Association of the District of Columbia, serves on the firm’s diversity task force, and is actively involved in mentoring diverse attorneys, both in the firm and with outside organizations. Rob is also active in the community. He was elected to the Executive Board of the National Capital Area Council (NCAC), Boys Scouts of America (BSA) in 2003, and was awarded the "Silver Beaver" adult leadership award by the NCAC in 2010, the highest by the BSA at the council level. He was very involved in scouting as a and has served as the Eagle Scout coach/advisor to Troop 1983 in Oakton, Virginia. Further, Rob was the founder of the NCAC Attorney of the Year: "Good Scout" Award and chaired the event from 2006 - 2009. He serves on the board of directors of a publicly traded company and a number of charitable organizations. Rob was a member of the University of Maryland School of Law, IP Program Advisory Board, and currently serves on The Sedona Conference Board of Directors, where he focuses on Sedona's IP thought leadership.

Rob has dedicated his professional career to upholding Art. 1, sec. 8, cl. 8 of the Constitution: To promote the progress of science and useful arts, by securing for limited times to authors and inventors the exclusive right to their respective writings and discoveries. He specializes in representing the true innovators in society, and in protecting competitors and the public from removal of conventional technology from the public domain.

When asked by a well-known CIPO what his philosophy is for representing clients, Sterne replied, "I get things done."