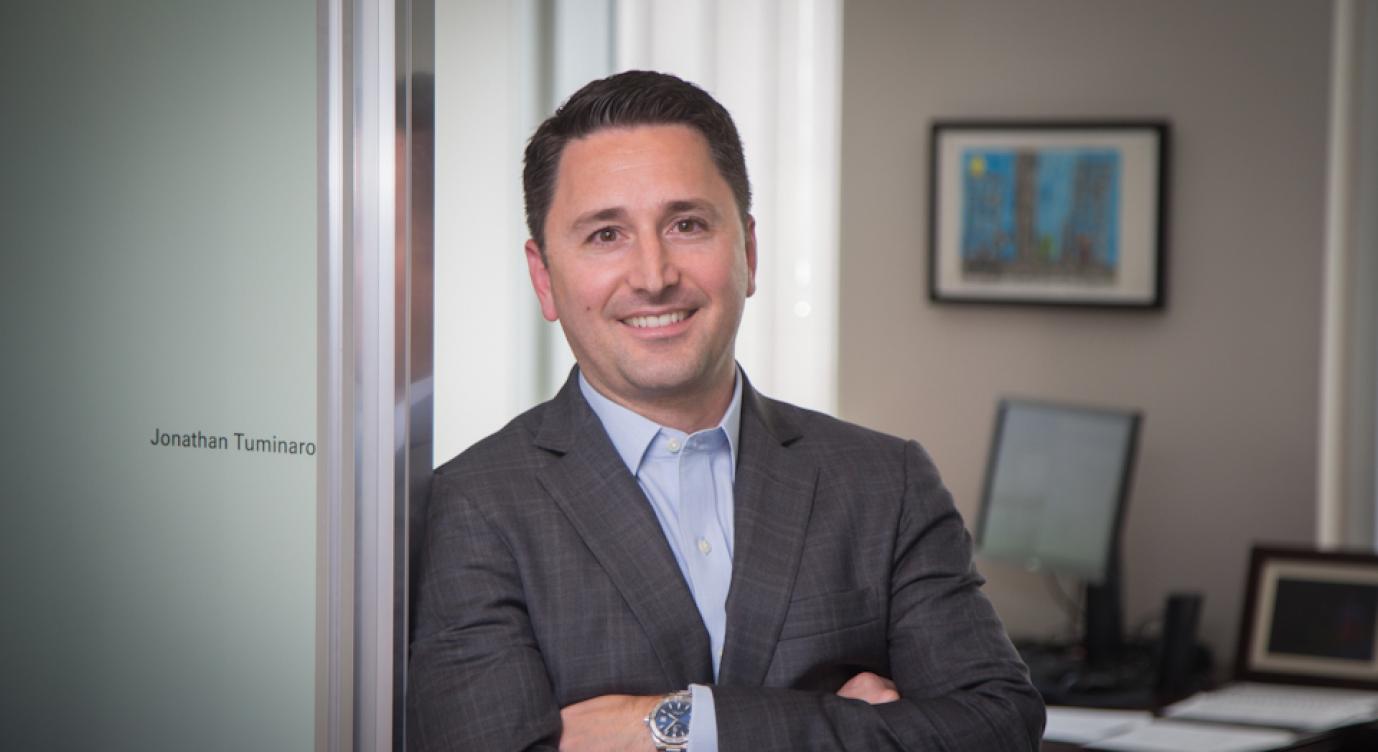 Jonathan is an experienced trial lawyer who focuses his practice on complex electronics litigation in the U.S. district courts, the U.S. International Trade Commission (ITC), and the Patent Trial and Appeal Board (PTAB).

Jonathan Tuminaro, Ph.D. is a director in Sterne Kessler’s Trial & Appellate and Electronics Practice Groups. Jonathan is an experienced trial lawyer who focuses his practice on complex electronics litigation in the U.S. district courts, the U.S. International Trade Commission (ITC), and the Patent Trial and Appeal Board (PTAB). He has represented some of the leading high-tech companies in patent litigation matters relating to telecommunications, network security, LCD flat-panel displays, computer graphics, automotive technologies, GPS location-based service, and wireless power transfer.

Jonathan is particularly well known for his extensive experience handling economics issues in patent litigation—including damages in district court, domestic industry at the ITC, and objective considerations of non-obviousness at the PTAB. He has defended patents that have led to judgments worth nearly $25M and has defended against patents where the damages were alleged to exceed $100M.

Jonathan is a sought-after writer and speaker on patent-litigation issues. He regularly speaks on the ever-evolving interplay between PTAB proceedings and infringement proceedings at the U.S. district court or the ITC. He is a contributing author of Patent Office Litigation, Second Edition (published 2017), co-authoring a chapter on the interplay between PTAB proceedings and investigations at the ITC. Jonathan is also a contributing author of Evidence in Patent Cases (published 2018), co-authoring a chapter on “Evidence Issues in Investigations at the United States International Trade Commission.”

Before becoming a practicing attorney, Jonathan received his bachelor’s degree in physics and mathematics from Canisius College and was a member of the 1995-1996 men’s basketball team that won the Metro Atlantic Athletic Conference Tournament and earned an automatic bid to the NCAA Division I men’s basketball tournament. He earned a master’s degree and a Ph.D. in physics from the University of Maryland. Jonathan received his J.D. from George Mason University School of Law.