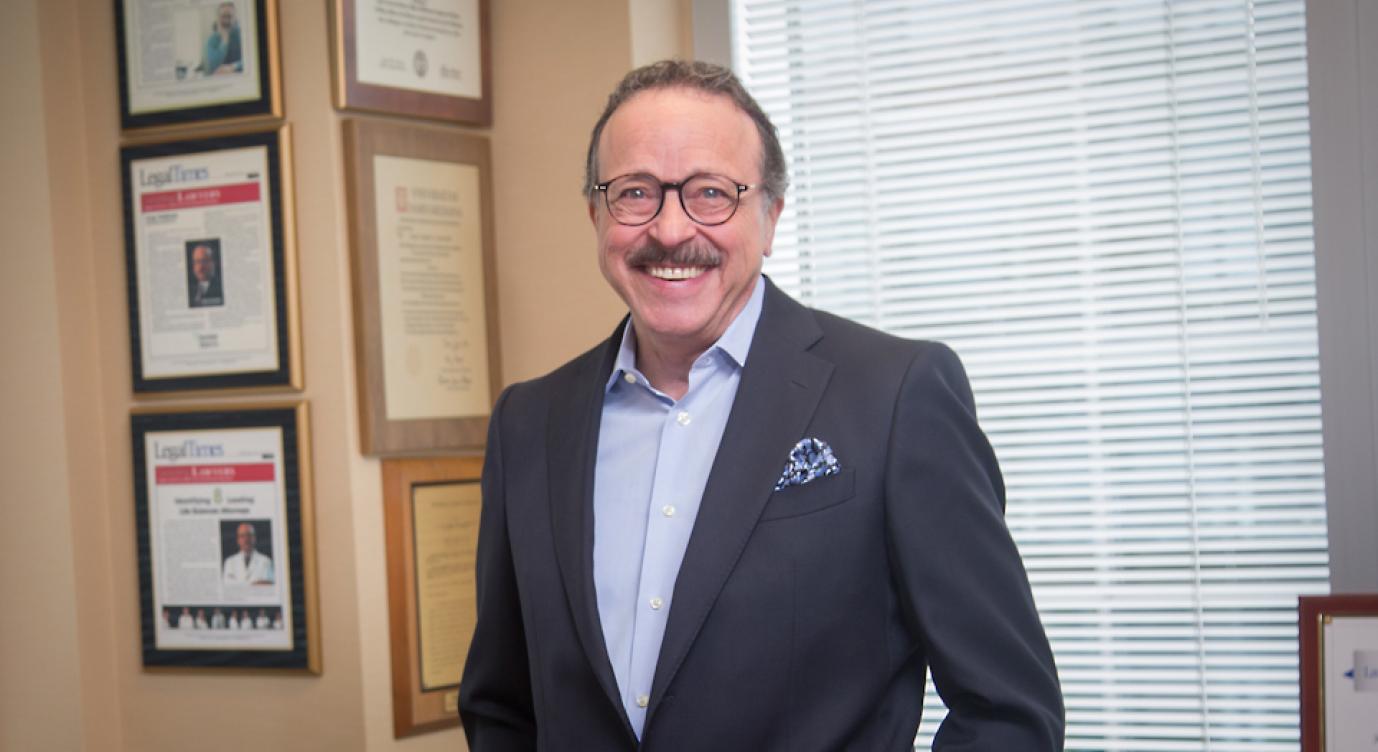 LMG Life Sciences notes Jorge “is a fixture in the patent prosecution world and builder of the firm’s biotech practice.” A peer in the report remarks, “Jorge Goldstein is one of the best patent lawyers in the country. I’ve called him before on thorny issues, and he’s great.”

Jorge A. Goldstein, Ph.D. is a founder of the firm and a director in Sterne Kessler’s Biotechnology & Chemical Practice Group. He is considered by his peers and clients to be one of the country’s pioneers in biotechnology patent law. Among his many awards, in 2017, Jorge was inducted into LMG Life Sciences Hall of Fame.  He wrote the book U.S. Biotechnology Patent Law, first published in 2016, with a seventh, updated edition published in 2022. The book guides readers to understanding case law dealing with patents in biotechnology. He has almost forty-five years’ experience in the preparation and prosecution of patent applications before the U.S. and foreign patent offices in scientific areas such as genomics, molecular and cell biology, recombinant DNA technology, immunology, transgenics, therapeutic methods, stem cells, pharmaceuticals and BioFETs (biological field effect transistors).

He has handled multiple and varied interferences over many years, including successful appeals to the Court of Appeals for the Federal Circuit. He has also been involved in inter partes reviews at the USPTO, as well as European oppositions, and arbitrations in District Court, and in Appellate litigation both as counsel and expert witness. He has counseled clients on intellectual property strategy, trade secrets, licensing, research contracts, university-industry relations, federal licensing, due diligence, acquisitions, and employment agreements. He was lead counsel in the 1988 appellate case of In re Wands et al. 8 USPQ2d 1400 (Fed. Cir.), a pivotal decision on biotechnology enablement requirements. In addition, Jorge founded the firm's IP and Human Rights Pro Bono Practice, which was recognized as the winner of the 2015 Financial Times' Most Innovative North American Lawyers award in the "Innovation in a Social Responsibility Project" category.

Starting in 2012, Jorge was Visiting Professor of Law at the Universidad Austral in Buenos Aires, Argentina, where for several years he taught biotech patent law in the then only WIPO-certified regional master's IP program in Latin America.

How to Use the Patent System to Benefit Indigenous and Local Communities
WIPO
November 30, 2021
The Role of IP in the Commercialization of Latin American Technology in the Rest of the World
November 19, 2019 8:00 AM - 10:30 AM
CPIP Summer Institute
July 23, 2019 - July 25, 2019
Securing the Benefits of Traditional Cultural Expressions and Knowledge for Local Communities
June 19, 2018
2018 IP Chat: Early Reports and New Ideas on Exhaustion
February 08, 2018 2:00 PM - 3:00 PM
HUB of Marketing and Technology Transfer for the Americas
May 22, 2017
The Role of Physician-Lawyers in the Future of Medicine
February 26, 2015
Myriad Genetics Before The U.S. Supreme Court - University of Pennsylvania Law School
April 10, 2013
Intellectual Property Challenges for Development of Genomic Diagnostics
November 03, 2011
Legal Developments in the Protection of Biotech Inventions
October 20, 2011
Gene Patents: Myriad Genetics, Inc. and Beyond
March 30, 2011
The Birth of Biotechnology: The 30th Anniversary of Diamond v Chakrabarty
September 21, 2010
7th Molecular Diagnostics Conference
February 03, 2010
Intellectual Property Rights: Convergences and Divergences EU/USA/ASIA
December 03, 2009
First Forum of the Business of Plant Biotechnology
June 19, 2009
Commercialization of Life Sciences Inventions Conference
January 29, 2009