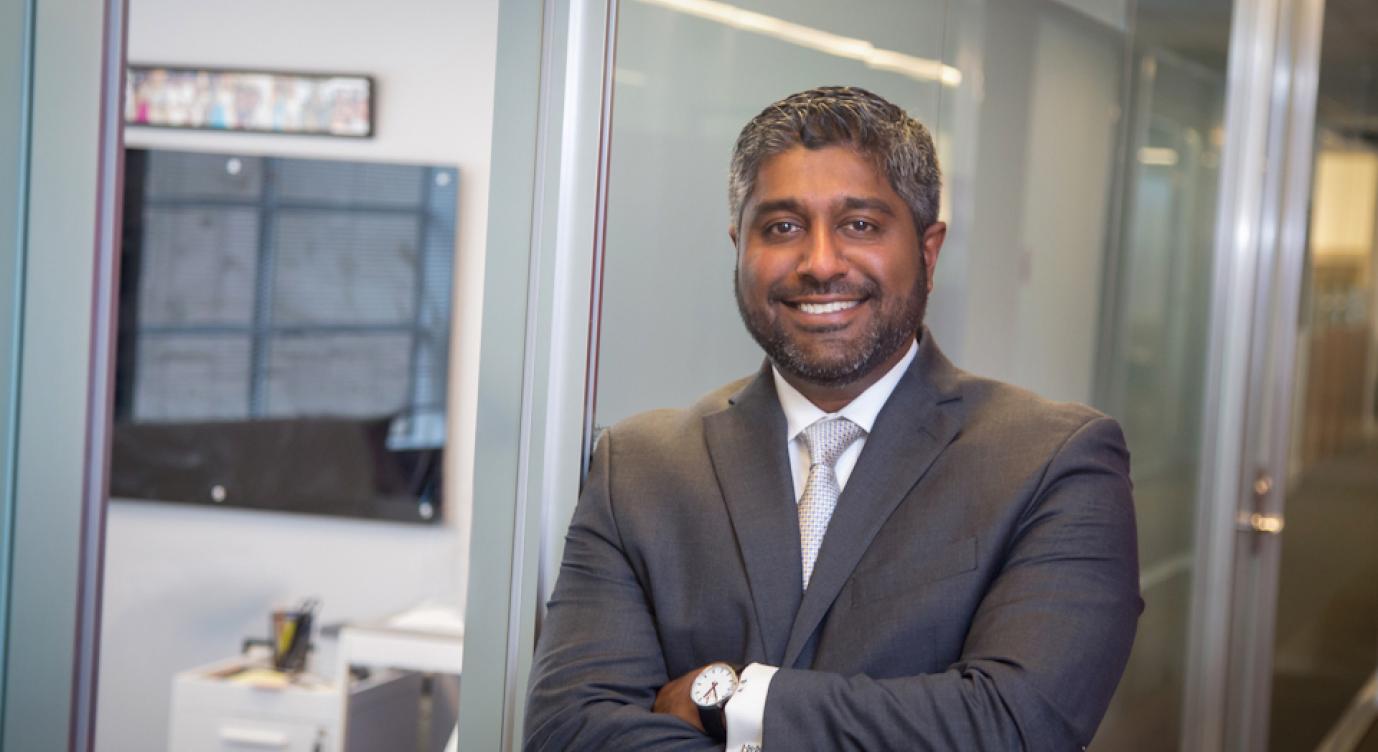 "A pharmaceutical doctor who loves getting deep into the facts and writing briefs, Varughese also has the gift of the gab in the courtroom." - "IAM Patent 1000," 2018

Dennies Varughese, Pharm.D., a director in Sterne Kessler’s Trial & Appellate Practice Group, is a trial attorney and globally-recognized strategic advisor for pharmaceutical clients. Dennies specializes in the full range of intellectual property disputes, having handled numerous high-stakes patent and trademark litigation in district courts, as well as many contested proceedings before the U.S. Patent Trial and Appeal Board (“PTAB”) at the Patent Office.

Ranked as a leading life sciences litigator by various national accrediting agencies, Dennies has been lead trial counsel on dozens of high-stakes district court cases and PTAB matters involving blockbuster pharmaceuticals, on both the brand and generic side, including: Abilify® (aripiprazole), Zytiga® (abiraterone), Dymista® (azelastine/fluticasone), Cialis® (tadalafil), Gilenya® (fingolimod), Nexium 24® (esomeprazole OTC), Revlimid® (lenalidomide), and many others. Notably, he successfully defeated injunction motions clearing the way for first-wave generics into the lucrative market for Abilify®, at that time the largest pharmaceutical litigation ever. Dennies has also handled many cases for market leaders in other industries, including biopharmaceuticals, chemicals, medical devices, diagnostics, telecommunications, and electronics.

Dennies also has an active practice before the PTAB involving inter partes review (“IPR”) and post-grant review (“PGR”) proceedings. He was involved in the first ever IPR filed in an ANDA case (Vigamox®) in 2012, and served as lead counsel in the only to-date CBM in a pharmaceutical case (Xyrem®). A full listing of Dennies’ representative matters before the PTAB can be found below. Dennies is a contributing author of Patent Office Litigation, a comprehensive treatise exploring all aspects of contested proceedings before the Patent Office.

Dennies, a frequent lecturer and author, is often quoted in legal publications and is a thought leader on Paragraph IV disputes. He is sought after by generic and brand companies alike for strategic advice on FDA regulatory and early commercialization strategies, product targeting, 505(b)(2) product design, at-risk launch, 180-Day marketing exclusivity and forfeiture, labeling carve-outs, patent settlement and licensing, supply and distribution agreements, drug products liability, and antitrust issues bearing on patent settlements.

Prior to his legal career, Dennies completed a post-doctoral fellowship at Bristol-Myers Squibb Co., worked within GlaxoSmithKline’s Medical Affairs division, and served as an adjunct professor of pharmacy at Rutgers University. He was also a licensed pharmacist in Pennsylvania.