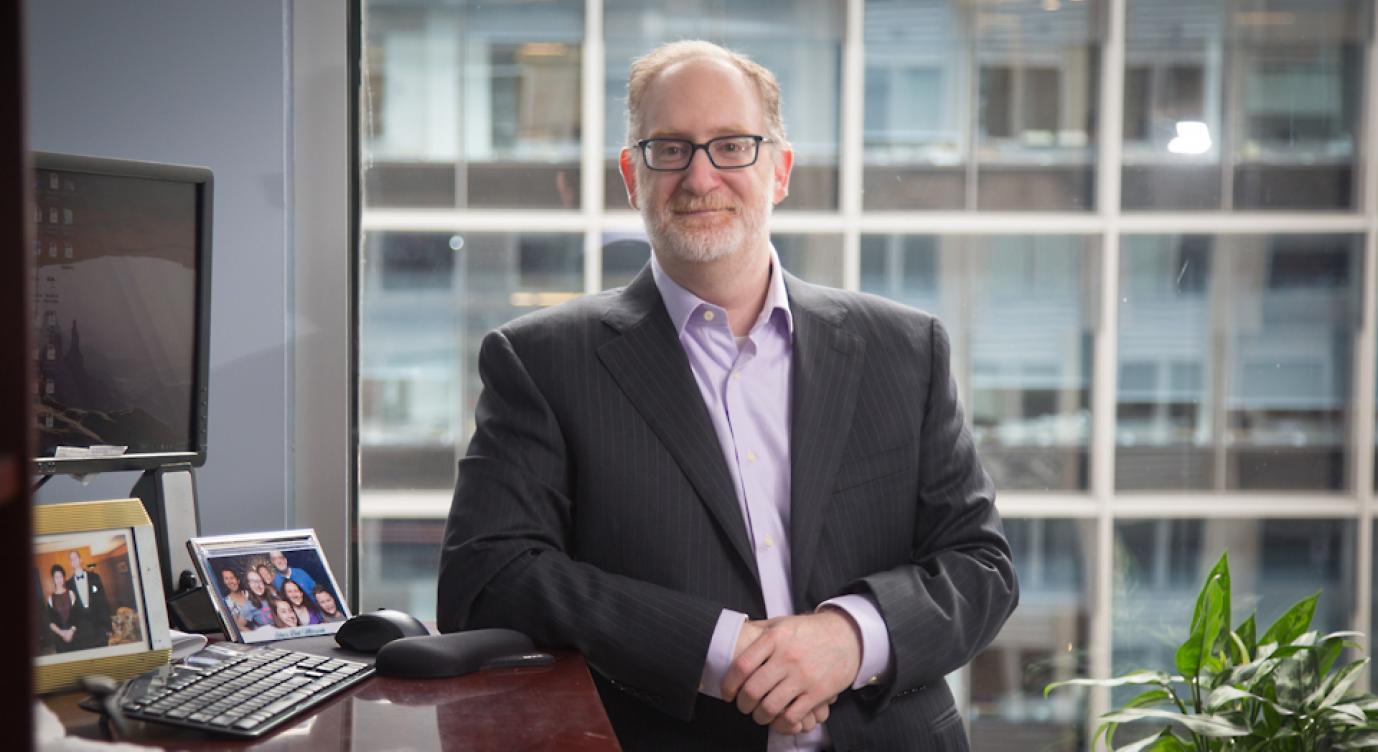 Jason D. Eisenberg, a director and practice group leader in Sterne Kessler’s Electronics Practice Group, provides strategic counsel for global portfolio building, opinions, diligence, enforcement, and defense from nearly thirty years of patent experience. Jason gained his experience before law school as a public searcher and a U.S. Patent and Trademark Office (USPTO) patent examiner, during law school as a patent agent and extern at the Ohio Supreme Court, and after law school in private practice. Jason was previously the chair of the firm’s Docketing Committee. Jason also teaches as an adjunct for Patent Office Litigation at the University of Baltimore School of Law and previously taught the same course at Antonin Scalia Law School at George Mason University in Fall 2019 and 2020.

Jason is currently the editor and frequent contributing author of the PTAB Strategies and Insights monthly newsletter. He bases the current topics of the newsletter on his over 300 PTO Litigation proceedings, including both AIA and reexaminations. In addition, Jason and Robert Greene Sterne were co-editors and authors of several chapters of the Second Edition of Patent Office Litigation (Thomson Reuters, 2017).

Jason’s leadership at the PTAB and CRU belies the fact that he maintains a balanced practice. He is much sought after for both strategic management of global patent portfolios and his keen abilities in rendering a wide range of opinions. He has rendered opinions as a class action litigation expert (reissue prosecution) for patentability, invalidity, non-infringement, and other issues. In addition, Jason has spent considerable time practicing the use of reissue and patent owner reexaminations to extend U.S. patent portfolios during pre-litigation assessment and after successful and unsuccessful litigation. For example, Jason has presented at numerous CLEs and authored numerous articles, including pieces on the strategic use of reissues and supplemental examination to cure issues after invalidity determination, AIA and Alice proofing patents, and obviousness strategies for patent owners.

During law school, Jason spent six months as a judicial extern for the Honorable Deborah L. Cook, then an Associate Justice of the Supreme Court of Ohio, preparing a bench memorandum for pending appeals. Jason was also a patent agent and student associate in Cleveland and Columbus, Ohio and Washington, D.C. for six local, regional, and multi-national law firms.

Before law school, Jason spent over four years as a patent examiner in previous-Group 2500 and current Group 2800 examining cases in Optical Measuring and Testing, Optical Elements, Optical and Magnetic Information Storage and Retrieval, and Antennas. In addition to his core examination duties, Jason analyzed, classified, and assigned all cases for his art unit and was also a voluntary equal opportunity employment counselor at the USPTO, where he performed fact investigations for EEO complaints filed by USPTO employees. Finally, during college breaks, Jason spent several years as a patent/public searcher for a law firm and spent a summer as a USPTO patent clerk for a group director and a supervisory patent examiner in previous-Group 2500.

Jason has been substantially involved in nearly 250 AIA proceedings (IPR, CBM, and PGR): 200 patent owner cases and more than 50 petitioner cases at the PTAB. The following is a list of some of his appellate cases as of January 14, 2021: