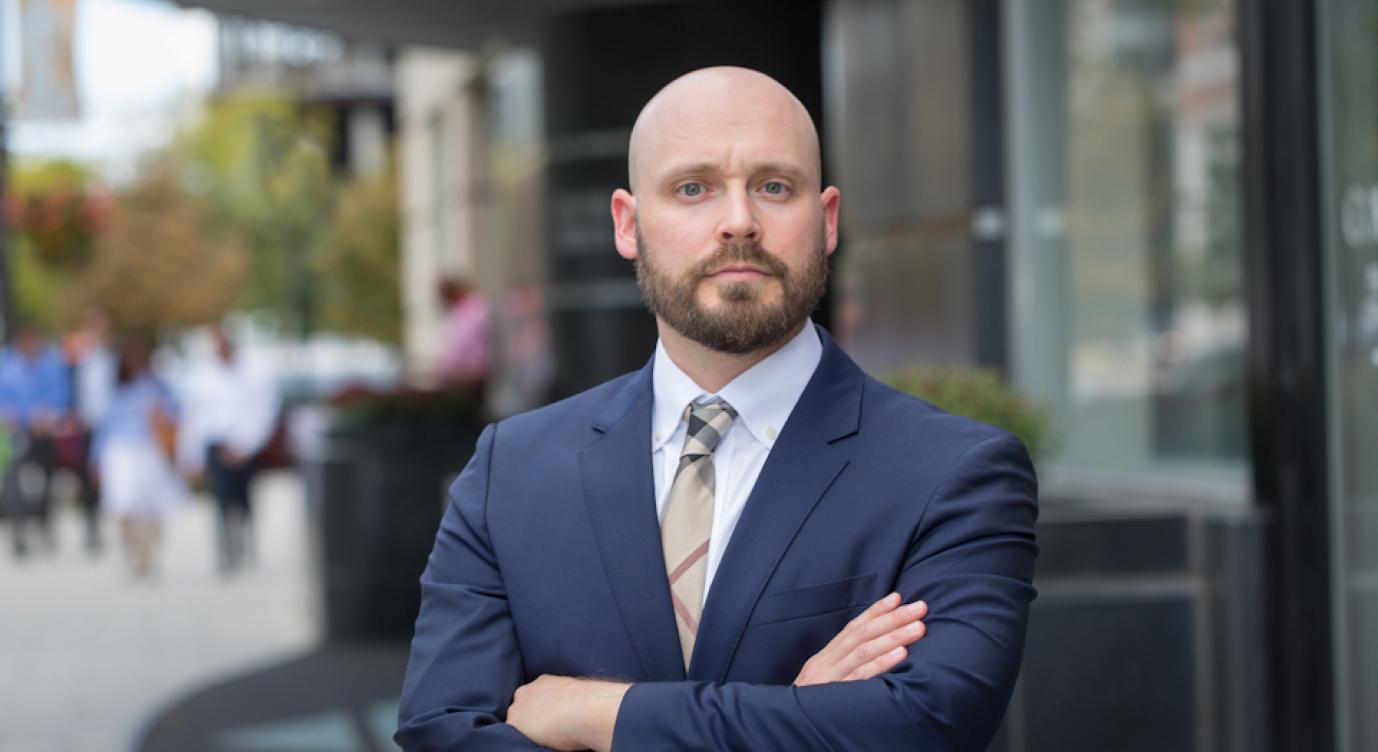 Richard M. Bemben is a director in Sterne Kessler’s Electronics Practice Group. His practice currently focuses on post-grant matters before the United States Patent and Trademark Office, and Federal Circuit appeals of such matters. He has been counsel of record in dozens of post-grant matters, representing both patent owners and petitioners in diverse technology spaces such as multifunction peripherals, telephony, power management for multicore CPUs, graphics processors, and software for electronic commodities trading. Richard’s practice also includes patent prosecution. He has prosecuted patent applications in a variety of technologies, including: medical devices, large-scale battery energy storage systems, computer security, computer memory, and cable television systems.

Richard is a co-leader of the firm's FinTech and Blockchain technology industry initiative.

Richard is a contributing author of Patent Office Litigation, Second Edition, published in 2017, the book provides a fresh and comprehensive exploration of patent office litigation proceedings, including how the proceedings interact with other aspects of patent procurement and enforcement, while delivering practical analysis and advice. This second edition of Patent Office Litigation is the follow up to the first version of the book that was published in 2012 by Thomson Reuters Westlaw that focused on the contested proceedings that were introduced under the America Invents Act that year.

Prior to joining Sterne Kessler, Richard practiced as an associate at a mid-sized intellectual property boutique in Washington, D.C., focusing on the preparation and prosecution of patent applications in the electrical and mechanical arts, as well as opinion and due diligence work. Semiconductor lasers, micro-electro-mechanical systems (MEMS) for biological analysis, mobile device applications, mobile communications systems, and industrial equipment are examples of the broad range of technologies in which he has experience representing clients.

Richard received his J.D., with honors, from The George Washington University Law School where he also was a Thurgood Marshall Scholar. He received his B.S., magna cum laude, in computer engineering, and his M.S. in electrical engineering from Virginia Polytechnic Institute and State University. Richard’s graduate work included developing and teaching (under the guidance of faculty) an advanced semiconductor processing course for graduate and upper-level undergraduate students. The course’s development and initial offering are memorialized in his thesis Development of an Advanced Semiconductor Laboratory.  The course provides a hands-on overview of integrated circuit development—from computer-aided design to semiconductor fabrication to electrical testing—and continues to be offered at Virginia Tech to students pursuing degrees in microelectronics.