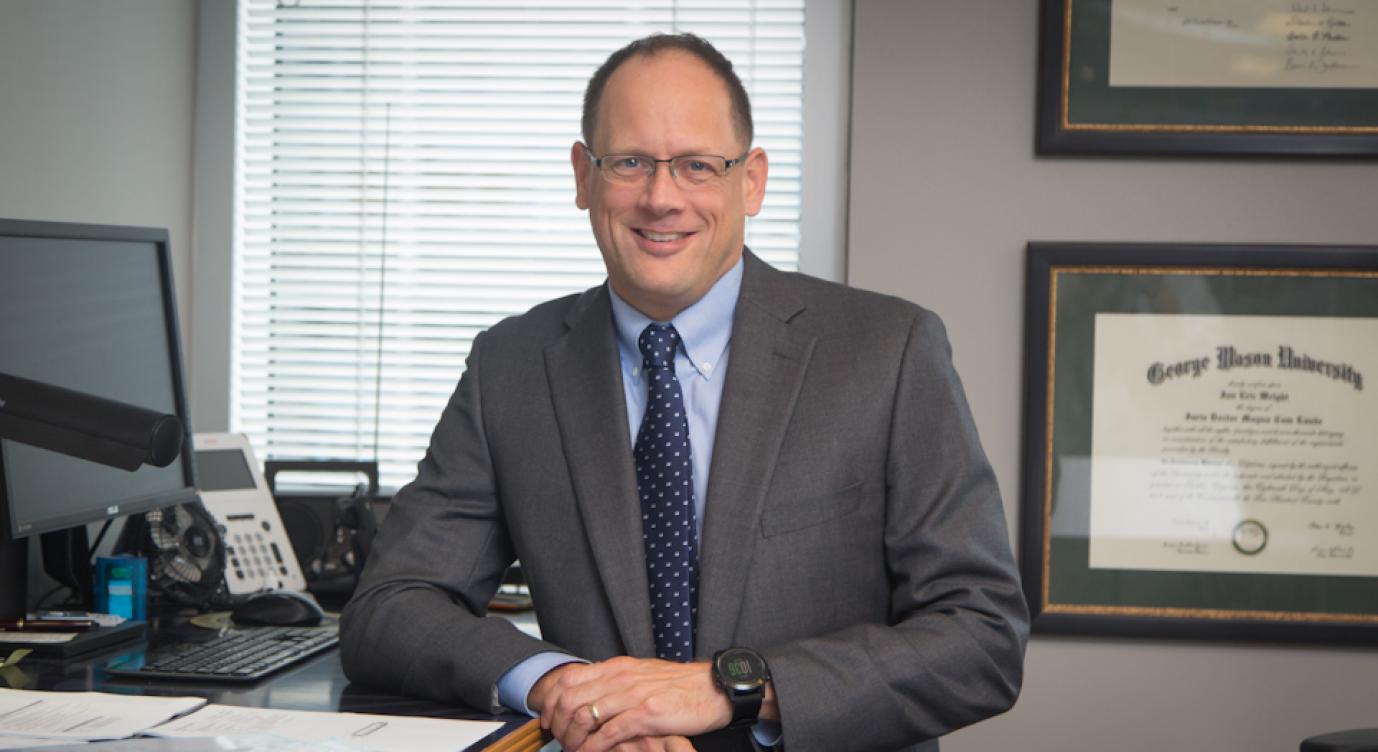 Jon has been "Instrumental in growing and broadening the appellate practice at Sterne Kessler in the last three years." - "IAM Patent 1000," 2018

Jon E. Wright is a director in Sterne Kessler’s Trial & Appellate Practice Group where he co-chairs the firm’s PTAB Trials practice. Jon is also a member of the firm’s Electronics Practice Group. Jon’s practice focuses primarily on contested proceedings before the U.S. Patent and Trademark Office’s (USPTO) Patent Trial and Appeal Board (PTAB), and on appeals of those cases to the United States Court of Appeals for the Federal Circuit.

Jon is a recognized leader in inter partes review (IPR) practice where there is co-pending district court litigation or a USITC investigation. He is intimately familiar with the challenges faced by both patent owners and petitioners in these complex and dynamic proceedings, often working closely with trial counsel as part of an inter-disciplinary team. He has been lead or back up counsel in close to 200 separate IPRs over the past decade, including over 50 cases on behalf of patent owners. In one of the earliest success stories for patent owners, he successfully defended a set of four IPRs, securing confirmation of all challenged claims in the digital rights management space. More recently, Jon secured key non-institution decisions in four IPRs on two patents for a Fortune 500 IT company, and in two IPRs on one patent for an innovator medical device company.

In service to the PTAB community, Jon is an active member and leader in the PTAB Bar Association. He served as a past chair of the Association’s Committee on Appeals From the PTAB, and he is the current chair of the Association’s select Amicus Committee. Jon also recently completed a three-year term on the Association’s Board of Directors. To develop young attorneys, Jon has also served as an advisor to associates participating in the PTAB’s Legal Experience and Advancement Program (LEAP), which provides associates with training and development opportunities in PTAB proceedings, including oral argument.

Jon also has extensive appellate experience at the U.S. Court of Appeals for the Federal Circuit. Prior to joining Sterne Kessler, Jon clerked at the Federal Circuit for the Honorable Alvin A. Schall. He has since argued as the principal attorney in over dozen appeals to the Federal Circuit, and has been co-counsel in dozens more. Jon recently secured a rare reversal of a PTAB decision for a small electronics company. He has also secured affirmances of PTAB decisions for several Fortune 500 companies in the communication and semiconductor memory fields.

Jon is a contributing author of Patent Office Litigation, Second Edition, published in 2017, and an editor of the two-volume set Patent Office Litigation, published in 2012 by Thomson Reuters Westlaw. The first edition focused on the new contested proceedings under the America Invents Act that year, while the second edition provides a fresh and comprehensive exploration of these proceedings. Both books examine how the proceedings interact with other aspects of patent procurement and enforcement, and deliver practical analysis and advice. Jon is also a contributing author to the Patent Litigation Strategies Handbook, Fourth Edition, published by the ABA Section of Intellectual Property.

Earlier in Jon’s over 20-year career, he had extensive experience in the preparation and prosecution of patent applications before the USPTO in technologies ranging from software, hardware (analog and digital), communications, wireless devices and systems, networking, database management, computer memory devices, semiconductor manufacturing, computer graphics and electrical power systems including nuclear technology.

Jon received his B.S. in Electrical Engineering from the University of Vermont where he was vice president of Tau Beta Pi, the national engineering honor society, and President of UVM’s IEEE chapter. Through his co-op experience at UVM, Jon worked in semiconductor manufacturing for industry leader International Business Machines. Jon earned his law degree, with high honors, from the George Mason University School of Law. While at George Mason, Jon served as the managing editor of the George Mason Law Review.

In between his undergraduate studies and law school, Jon spent seven years as an Officer in the U.S. Navy Submarine Force where he qualified as a Naval Nuclear Engineer. His tour included three years on the nuclear-powered fast-attack submarine USS TAUTOG (SSN 639) out of Pearl Harbor, HI. He followed that exciting experience with almost three years at COMSUBGRU 7 in Yokosuka, Japan. In his spare time, Jon enjoys alpine skiing, golf, triathlon, and pretty much anything that gets him outdoors with his family.