Since the U.S. Supreme Court’s decision in Alice v. CLS Bank, patent stakeholders have faced many difficulties navigating the world of patent-eligibility. Through many Federal Circuit decisions and Guidance given by the U.S. Patent and Trademark Office (USPTO) since Alice, there is some, but not complete, clarity on what is patent-eligible subject matter, especially for the financial services industry and any industry where software or computing forms a core part of its technology (e.g., diagnostics, analytics, data transmission, cloud-based computing, etc.).

Many are still calling for further clarity on the patent eligibility of software claims and are still questioning the ability to obtain software-based patents in multiple industries. But, there are some steps that a patent applicant or owner can take to place their cases in the best posture for overcoming a §101 challenge.

On June 19, 2014, the U.S. Supreme Court issued its decision in Alice Corp. Pty Ltd. v. CLS Bank International, holding that computerized abstract patent ideas are not patent eligible. Specifically, the Supreme Court determined that the claims at issue “simply instruct[ed] the practitioner to implement the abstract idea of intermediated settlement on a generic computer,” and were thus abstract. Subsequently, the Federal Circuit has issued several pro-eligibility decisions. However, while these pro-eligibility decisions have provided positive data points for pro-patent-eligible claims, they are far outnumbered by decisions holding claims ineligible, and thus there continues to be uncertainty among stakeholders.

The USPTO has issued various guidelines on subject matter eligibility in an effort to bring some consistency to examination of computer-implemented innovation. The first set, issued March 4, 2014, was a response to the Supreme Court’s decisions in Mayo v. Prometheus and Myriad. This guidance was specific to claims involving laws of nature/natural principles, natural phenomena and/or natural products. On June 25th, 2014, the day after the Supreme Court’s decision in Alice, the USPTO issued guidance specific to claims involving abstract ideas. Further guidance was issued on April 19, 2018 (the Berkheimer memo). The most recent guidance was issued on January 7, 2019, with a clarifying update issuing on October 17, 2019.

Combined, the UPSTO’s guidance set out the following required process for any claim directed to a judicial exception: 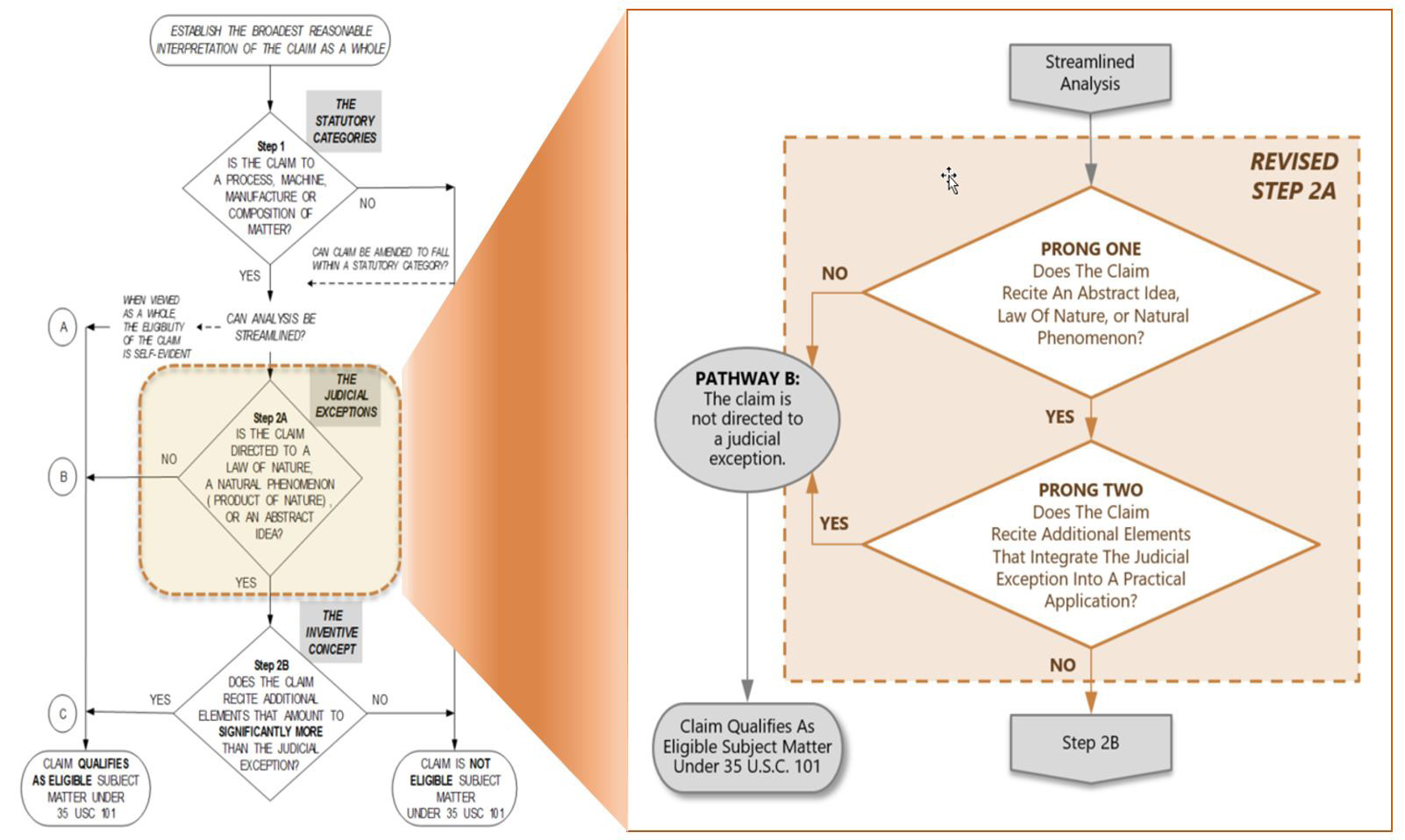 The 2019 Guidance further provides the following guidance for Examiners and Practitioners:

Given the case law and current USPTO posture, we provide the following practice tips for mitigating the applicability of §101 to a claim:

This article appeared in the 2020 Patent Prosecution Tool Kit.