Washington, D.C. has served as our firm's headquarters since our founding in 1978. The office is currently located in the former Washington Greyhound Bus Terminal — a historic D.C. landmark — and features the same art deco style from the 1940s, but with a modern update. Learn more about the building's interesting history here.

Our office is located in a secure building. Guests must check in at the main security desk located in the building lobby. Upon check-in, a security guard assists guests with gaining access to our main reception area.

At this time, due to COVID-19, we are requiring all outside visitors to complete a health attestation form prior to visiting our office.

Opened on March 25, 1940, the Washington Greyhound Terminal was the epitome of "motor-age architecture for motor-age transportation." The terminal provided the most efficient bus system for its time because the architect, William S. Arrasmith of Wischmeyer, Arrasmith & Elswick, designed it so that buses parked diagonally in a zigzag pattern around a freestanding island away from the ticketing booth, which allowed for a streamlined loading process. 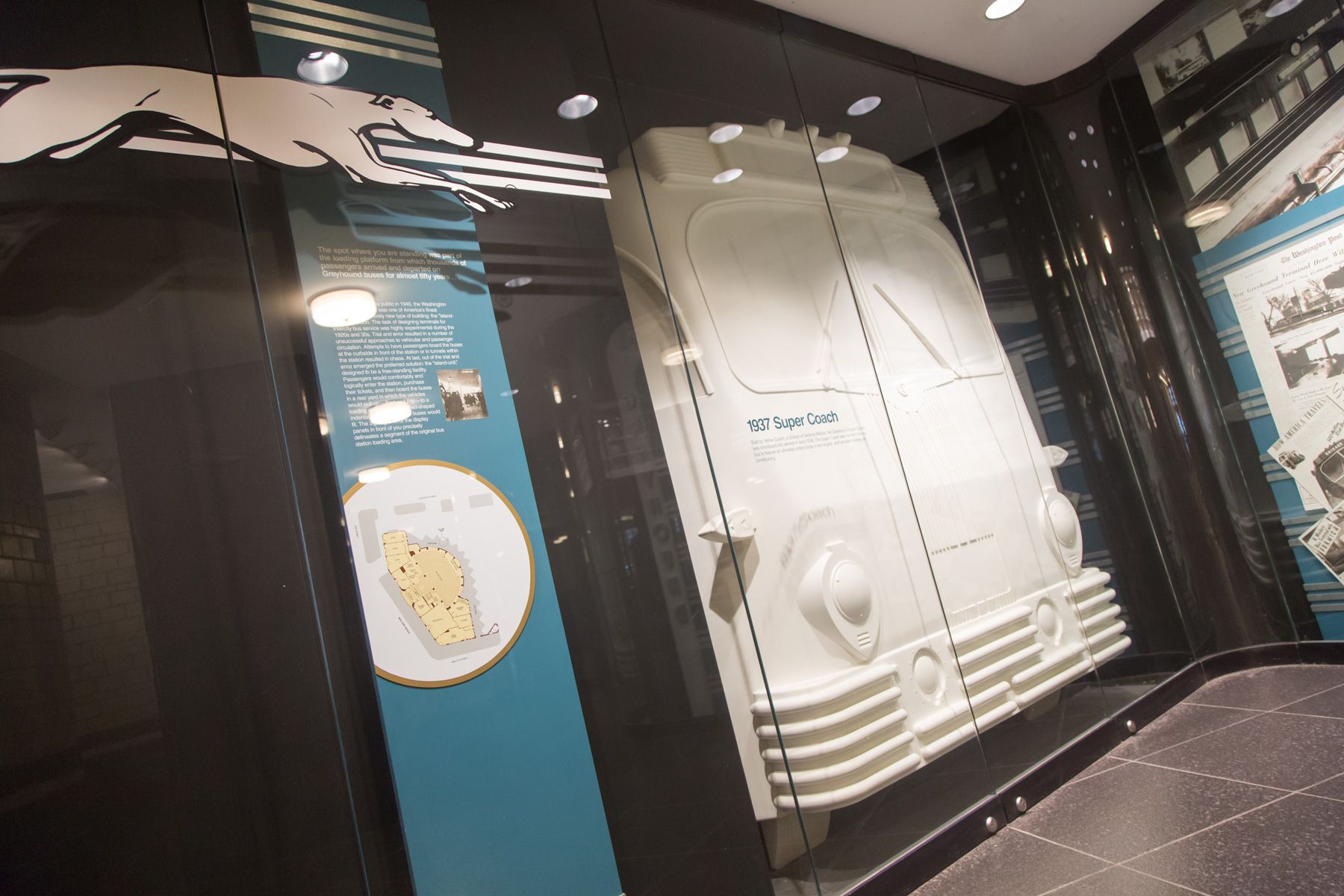 The terminal also played a part in U.S. history. During World War II, the building served as a major transport center for military forces. Later, it was a significant destination for African Americans who were leaving the rural South to relocate to Northern urban areas.

In 1983, the Art Deco Society of Washington, the Committee of 100 and the Federal City, and the D.C. Preservation League lobbied for the old Greyhound bus building to be saved. After a lengthy battle, the building was designated a Historic Landmark of D.C. in 1987. We invite you to learn more about the history of the building in an article by John DeFerrari here and by visiting the curated displays located in the building lobby.