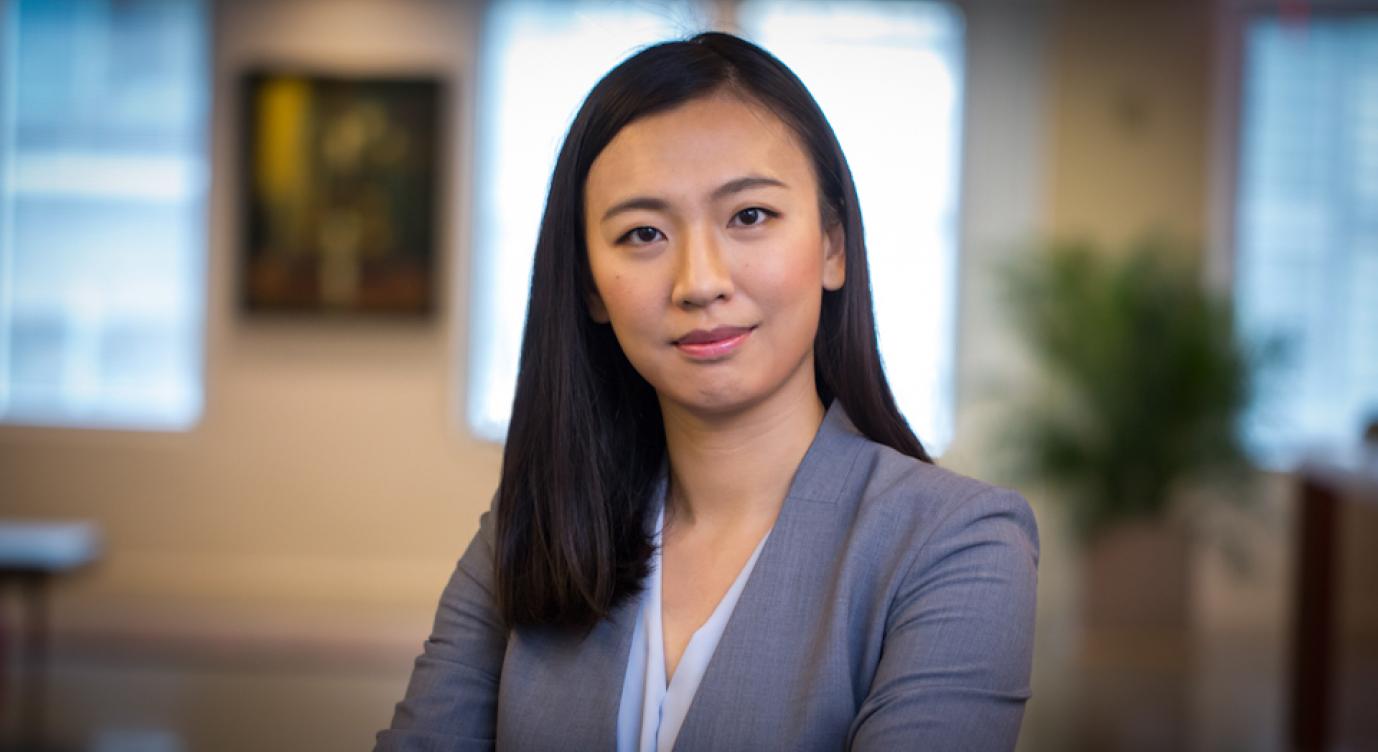 Yunjun “June” Guo, Ph.D., is an associate in Sterne Kessler’s Biotechnology & Chemical Practice Group. She assists in the preparation and prosecution of U.S. and foreign patent applications and in the preparation of freedom to operate and patentability opinions. She also assists in inter partes review proceedings. June’s primary areas of technical expertise include antibody-drug conjugates, molecular imaging, pharmaceutical chemistry, and cancer biology.

June performed her graduate research at Washington University School of Medicine. Her research focused on developing receptor-targeting radiopharmaceuticals for cancer imaging and therapy. June developed a novel therapeutic regimen that combines chemotherapy with EGFR-targeting radio-immunotherapy to overcome the drug resistance of KRAS-mutated colorectal cancer. This research was reported by MolecularImaging.net as “promising for genetically mutated colorectal cancer.” June also studied the interrelationships of Atox1, KRAS and p53 in drug resistant colorectal cancer and the implications for cancer therapy. While in graduate school, June received the U.S. Department of Energy Pre-doctoral Traineeship Award and the American Chemical Society DOE Award. She was also the recipient of two student awards from the Society of Radiopharmaceutical Sciences and the International Symposium of Radiopharmaceutical Sciences.

Prior to law school, June served as the licensing assistant in the technology transfer office of a research university. There, she assisted and advised faculty in protecting and commercializing university intellectual property. She also supported university spin-offs in scientific and legal affairs with the NSF I-Corps Site Program.

As a law student, June represented the University of Akron School of Law in the 2016 AIPLA Giles Sutherland Rich Moot Court Competition. June has been an active member in the IP-in-China Committee of the AIPLA. She was the first student delegator of the AIPLA’s Annual Delegation Trip to China. Prior to joining Sterne Kessler, June worked at a boutique intellectual property law firm in Cleveland, OH where she assisted with patent prosecution.