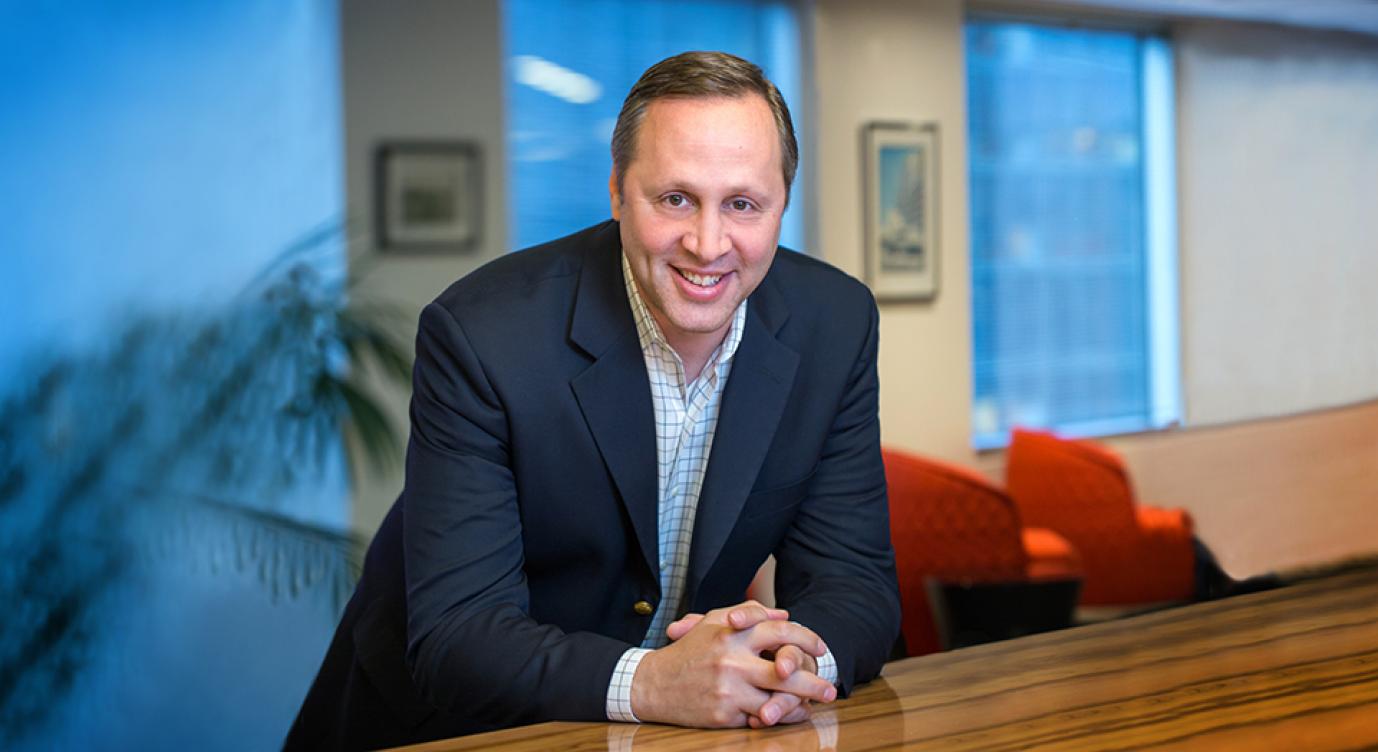 Rob’s leadership in advancing Sterne Kessler's strategic and financial objectives has contributed to the firm's position as an industry leader in the ever-changing patent law arena.

Robert K. Burger, Sterne Kessler’s chief operating officer, helped to build the firm into one of the top intellectual property firms in the world.  He serves on the five-member Executive Committee of this IP power house known for its sophisticated work on behalf of a robust roster of clients, including Fortune 500 companies, innovators, and entrepreneurs.

Since Rob joined Sterne Kessler as executive director and chief operating officer in 2006, the firm has doubled its ranks from 70 to 140 attorneys. This growth stems from Rob's leadership in advancing the firm's strategic and financial objectives, while ensuring that its operations effectively and efficiently support the building of successful practices. Rob played a crucial role in identifying sectors that were poised for growth, including biotechnology and electronics. He also prepared the firm to expand its patent office litigation capabilities in a fiercely competitive market. In addition to expanding attorney ranks across IP specialty areas, Rob has led the firm in recruiting and retaining a world-class team of over 150 professional staff that have voted Sterne Kessler as a Washington Post “Top Workplace" for four consecutive years.

For over a decade, Rob has been a central figure in positioning Sterne Kessler as an industry leader in the ever-changing area of patent law. In 2011, the America Invents Act (AIA) became law and ushered in new procedures for applying for patents, as well as the process for challenging a patent’s validity by creating an entirely new administrative body, the Patent Trial and Appeal Board (PTAB).  By anticipating the impact of this seismic development in intellectual property, Rob led the firm’s strategy to capitalize on the new opportunities the AIA created, while maintaining a diverse client base and comprehensive IP capabilities to serve them. In addition, with Rob’s encouragement, a team of 75 attorneys authored the two-volume book Patent Office Litigation,  analyzing how businesses should navigate contested proceedings at the PTAB. The book, published by Thomson Reuters, further solidified firm’s position at the forefront of IP law and was updated with a second edition in 2017.

Rob also cemented Sterne Kessler's reputation as one of the most innovative law firms in the country with initiatives, such as a developing a proprietary mobile app to streamline the docketing process, making it easier to track deadlines and saving attorneys hours of time. In 2016, the firm was recognized by the Financial Times with the prestigious “Most Innovative North American Law Firm Award” in the “Use of Technology” category.

Throughout his personal and professional life, Rob has been a leader. He began his legal career leading a paralegal team at Akin Gump Strauss Hauer & Feld that provided critical support for high-profile antitrust cases. Later, he moved to the U.S. Department of Justice where he was granted the Attorney General's Award for Excellence in Administration after modernizing staffing and technology in the agency. In subsequent positions, he continued to lead, including his work at Preston Gates & Ellis and Kirkpatrick & Lockhart, where he helped lay the groundwork for the eventual merger between Preston Gates & Ellis and Kirkpatrick & Lockhart, now K&L Gates.

Rob is an in-demand speaker on the topics of law firm administration and business strategy. In addition to his responsibilities at Sterne Kessler, he serves as an Executive Committee member of the board of directors for the National Brain Tumor Society, he chairs the Council for Impactful Relationships for C-Level Executives for Georgetown University's McDonough School of Business, and is a member of the Thompson Reuters Elite Global Client Advisory Board. He also served on the Pitney Bowes Customer Advisory Board.

Rob earned a BA from Miami University, an MA from American University and an MBA from Georgetown University’s McDonough School of Business.