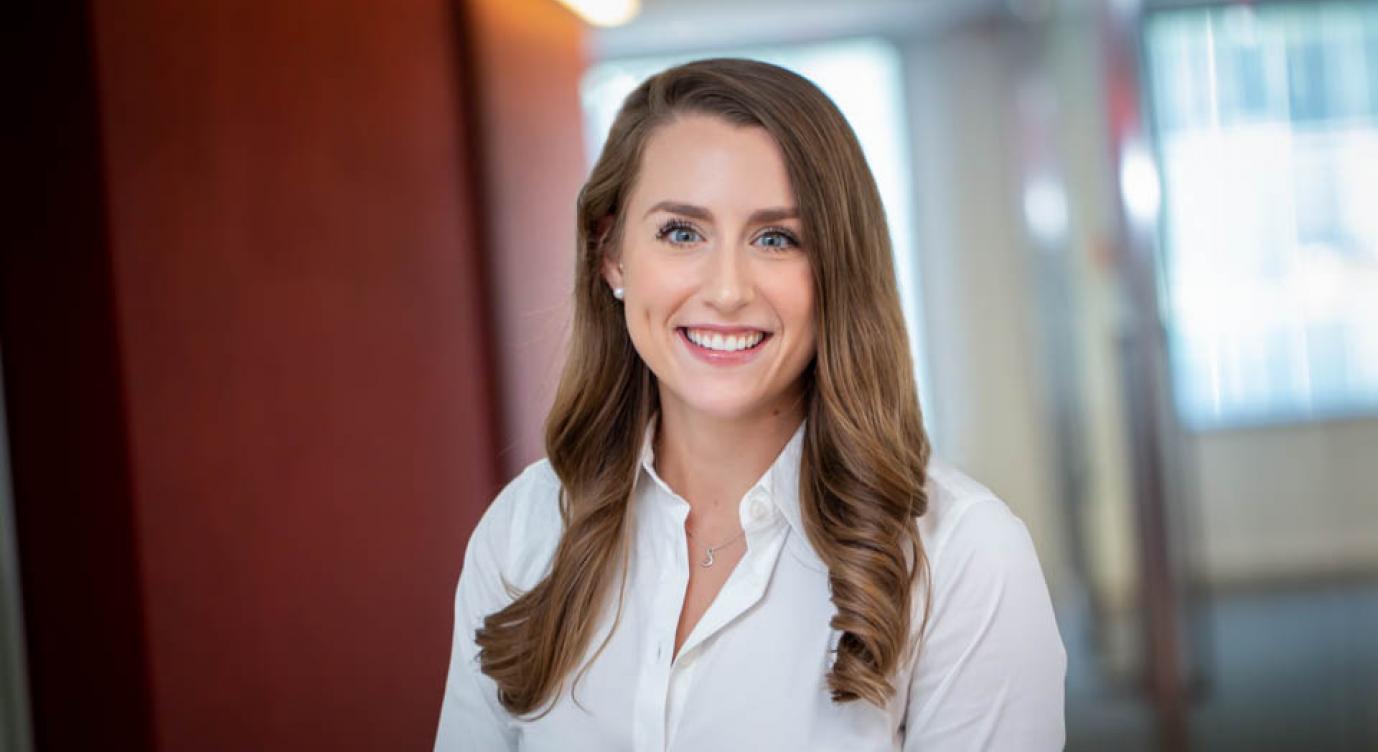 Karin Benavides is an associate in Sterne Kessler’s Mechanical & Design Practice Group. Her practice focuses on the preparation and prosecution of both U.S. and foreign utility patent applications. Karin has experience preparing and prosecuting applications relating to technology across a variety of fields, including materials science, consumer products, food and beverage making processes, athletic equipment and apparel, and mobile applications.

The focus of Karin’s undergraduate engineering study was biomechanics and biomaterials. As part of her senior capstone project, she co-invented a load-absorbing figure skate blade for which she won an innovation award and received a patent (US 9,089,763). Karin also worked in her university’s technology transfer office assisting with licensing of student inventions, and at a small biomaterials company as an intellectual property intern.

Karin’s graduate study focused on polymer science. She worked as a teaching assistant in the Manufacturing Engineering department, assisting students with Esprit software, using the machine tools, and with programming the university’s FANUC industrial robot.

Karin received her J.D. from the University of New Hampshire School of Law, formerly Franklin Pierce Law Center. She received both her M.S. in materials science & engineering and her B.S. in biomedical engineering from Worcester Polytechnic Institute.