Banana and Pencil: A Tale of Two Circuits

Three years ago, the Supreme Court announced a seemingly simple separability test for determining whether features of a useful article are eligible for copyright protection in the landmark decision Star Athletica v. Varsity Brands, 137 S. Ct. 1002 (2017). Under that test, a “feature incorporated into the design of a useful article is eligible for copyright protection only if the feature (1) can be perceived as a two- or three-dimensional work of art separate from the useful article, and (2) would qualify as a protectable pictorial, graphic, or sculptural work—either on its own or fixed in some other tangible medium of expression—if it were imagined separately from the useful article into which is it incorporated. Id. at 1007. While that test, in theory, seemed to have opened the door to asserting copyright in three-dimensional designs of useful articles, the divergent application of that test by the Third Circuit and the Federal Circuit suggests that more clarity is necessary.

Applying the Supreme Court’s separability test, the Third Circuit determined that the costume’s combination of artistic features—colors, lines, shape, and length—could be imagined as an original sculpture apart from the costume’s utility of wearability (provided by the cutout holes for the wearer’s arms, legs, and face). According to the Court, that sculpted banana, once split from the costume (including its utilitarian cutout holes), is not intrinsically utilitarian and does not merely replicate the costume. Thus, the Court held that the banana costume, though a useful article, was copyrightable. 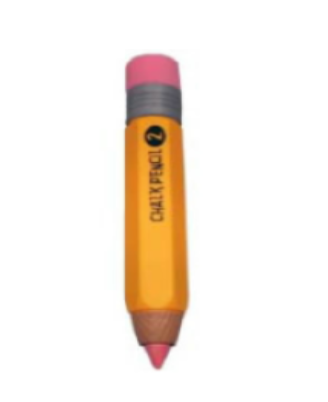 A comparison of the Third Circuit and Federal Circuit analysis suggests that the Third Circuit’s application of the separability test better aligns with the wording of the federal copyright statute, which provides that the design of a useful article may be copyrightable if the design “incorporates pictorial, graphic, or sculptural features that can be identified separately from, and are capable of existing independently of, the utilitarian aspects of the article.” 17 U.S.C. 101. Specifically, the Third Circuit’s analysis disregards the banana costume’s utilitarian aspects (i.e., the cutout holes) to conclude that the separately imagined sculpted banana does not merely replicate the banana costume (which includes utilitarian cutout holes). In contrast, the Federal Circuit’s analysis does not appear to have discounted the pencil design’s utilitarian opening for storing and holding chalk to facilitate writing or drawing. If it had, perhaps the Federal Circuit would not have concluded that imagining the pencil design as a separate work of sculptural art merely replicates the chalk holder (which includes a utilitarian opening for holding chalk).

Therefore, until it is clear how the Supreme Court’s separability test will be applied in the rest of the circuits, individuals and entities invested in the design of useful articles should continue to evaluate whether their designs are better protected by other types of intellectual property tools (e.g. design patents, trade dress), instead of relying exclusively on copyright protection.

This article appeared in the May 2020 issue of MarkIt to Market. To view our past issues, as well as other firm newsletters, please click here.